Top translators near you

Browse the best translators and compare ratings and reviews.

How can a Translator be of help to me?

English may be justifiably considered a universal language, and is one of the most widely spoken around the world. It is the third most widely spoken language in terms of native speakers, numbering about 330 million worldwide. As a second language, it is the most popular language in the world, and the one language which can be used almost everywhere to communicate with others. Nonetheless, it is far from being the only major language in existence. Translation is still required at times to bridge the communication gap between different languages, often between English and a foreign language, or between two completely different languages where English is not spoken by either party. This is where the skills of a translator or interpreter are needed.

A translator or interpreter essentially provides clear communication channels between one language and one or more others. As such, he or she needs more than an extensive vocabulary of foreign terminology. It is important to understand fully how the second language is spoken, its grammatical inflections and idioms, its different forms of speech as in formal versus informal or ‘colloquial’ speech, which may transfer different meanings and interpretations to the words. This means keeping up with the changing forms of speech. Think of English as spoken and written by Shakespeare or Chaucer decades ago. Compared to the modern form of English we speak today, one could be forgiven for thinking that they are not the same language. A translator ideally needs to be fluent in all the languages with which he or she works. This means being able to understand, speak, read and write in those languages at the level of an educated native speaker. He or she needs to understand the grammatical structure and applications of the languages in which he works, in order to accurately convey the correct meaning when translating from one language to another. He needs to ensure that the language flows smoothly and maintains its original integrity or meaning.

People naturally prefer to speak their own native language

It is fair to expect that people prefer to speak the language which is more familiar to them, for instance their home language or the language in which they were taught. If a foreigner is asked to give a formal account of something he or she witnessed, for instance for police or court records, it is to be expected that they would prefer to do this in their own language. Even here in South Africa, when asked to give evidence in court, witnesses who do not speak English as their mother tongue are routinely asked if they would prefer to work through the services of a translator, in order to ensure that their evidence is recorded accurately. This is why it is so important that a translator or interpreter is able to understand both languages at a high level, in order to ensure that the questions are clearly understood and the answers are accurately recorded.

Many technical user manuals are written in the language of the country which produced them. China, Taiwan, Germany and Sweden, amongst other countries, will obviously write manuals in their own language, which is fully expected. The major problem arises when these goods are exported around the world, and the end-users do not speak the same language. Many technical specifications and manuals are translated into a number of different languages for this purpose, in order for the products to reach a wider buying public. A technical translator must have an understanding of the product itself before he can translate a manual with any degree of accuracy and fluency in order for it to be of any use to anyone other than the designer and manufacturer.

Historical and archaeological texts are very often written in ancient Hebrew, Latin, ancient Greek or even languages which are no longer spoken. The Bible itself has been translated into no fewer than 531 different languages, which has had a huge impact on religious history throughout the world. Historical translators, called linguists, are tasked with interpreting these texts into a uniform language, usually English, which can then be studied world-wide. One has only to think of Egyptian hieroglyphs (language represented by pictures or symbols) which needed interpretation by many scholars who were in general agreement with one another on the messages passed down through this ancient form of language.

Translators in the sports field

Sport is universal, ever-popular and a great means of uniting people in a common interest. Many sporting events are broadcast worldwide, and it certainly helps to have a commentator who is able to quickly and accurately translate live transmissions into the language of the country viewing the event. Tennis and football matches are two of the most widely-viewed sports internationally, but visuals are of limited use when there is no running commentary accompanying them. Wimbledon tennis matches are broadcast world-wide, but obviously the originating language of these matches is English, so it becomes necessary to translate the action commentary into many different languages to suit the viewing audiences.

How to find the right translator

Good translators, whilst being much in demand in certain spheres, are not widely found through general searches. Because their field of work is so specialised, specific searches may be required in order to find them. It is possible to find them by searching the internet through sites such as Uptasker. Where possible, Uptasker will provide online ratings and customer reviews which are a very useful asset in assessing the suitability of any translator. They may be found through legal firms, language service companies, universities and the Yellow Pages 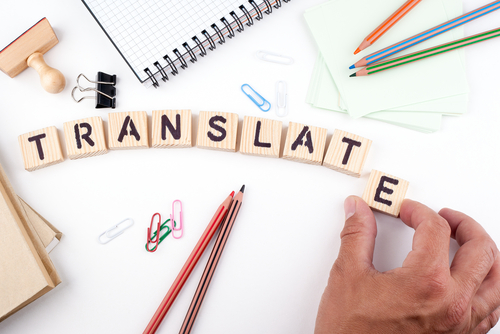 If you need to use the services of a translator, be sure to use someone who is fully conversant and comfortable with the languages in question. Direct word-for-word translations from one language to another can be very misleading and make no sense, so it is best to employ professionals who can make the transition from one language to another a smooth and efficient process with no loss of meaning and intention. For more tips, see our translator articles.


More translators near you